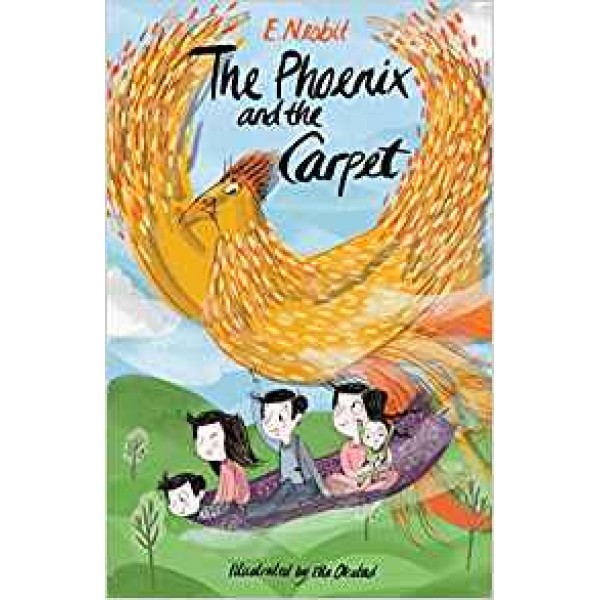 The Phoenix and the Carpet, E. Nesbit

When Cyril, Anthea, Robert and Jane accidentally destroy a carpet in their London home with fireworks, their parents replace it with a second-hand one. Upon unfurling it, the children find an egg inside, and, when one of them accidentally drops it into the fire, it hatches into a magical golden phoenix, who tells them that he can take them on the carpet to any location they wish. This revelation sets the siblings - and their baby brother Lamb - off on wild adventures, taking them around London and to far-flung destinations such as India and a remote tropical island. After the success of Five Children and It, E. Nesbit decided to recast its much-loved characters in this sequel, which has now become a classic in its own right, enchanting generations of readers and inspiring many film and television adaptations.